Are you depending on your teenagers – for tech support? 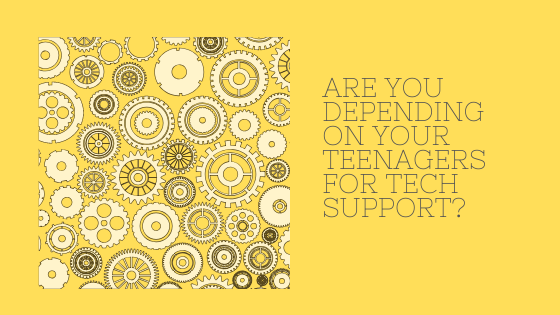 You’ve got elderly parents who you love and cherish and although they live independently, their health and fitness isn’t all it might be.

You’ve equipped them with easy to use mobile phones so you can help them or reach them in times of need?

But then when they get themselves into a pickle – the car breaks down, one of them falls when they are out shopping or there’s a medical emergency you discover, but it’s only when it’s too late to help out, that their phones are either switched off or not charged – or have been left at home for safekeeping.

If this sounds familiar you know how frustrating this is.

Do you find Technology too Challenging?

But is this something that you are doing yourself with your business?

Are you floundering in a position of learned helplessness where technology is concerned?

It seems to me that a fair number of mid-life business owners who use the excuse that they have teenagers or young people in the house who will sort them out when they need to do something on their website or social media?

I have two grown-up offspring of my own and the way they use social media is entirely different to me – and don’t get me wrong I love and use technology.

Maybe you have watched in awe and faint terror as they snatch your phone out of your hands, complain about the way you have your apps sorted scroll at the speed of light and sort out your query with a weary sigh.

But you might also pick up on their frustration because as they will no doubt tell that they told you how to do this yesterday, last week, last month and you haven’t learned.

And maybe you haven’t learned because they did it for you and didn’t show you how to do it in a way that you understood.

Trying too hard to get results?

Or perhaps you have dived in and tried to work things out but done everything in a half-hearted fashion and have got accounts littered around the place with a smattering of followers but nothing that works because there are some key things you don’t know.

I know what that’s like – at the start of 2020 I had to take a long hard look at my business and what I was doing and recognised that there were key areas like email marketing that were a bit of a bete noire because my strengths are content creation and I’m not a fan of admin.

So I decided to crack it and spent a week immersed in learning and scheduling a whole five day video course on Active Campaign.

It felt really empowering, not least because I know that  this digital elephant isn’t in the cupboard any longer.

Then as it turned out in a matter of days I had a client who needed some help with among other things email marketing.

She was selling a course but had never used her Mailchimp account which had been set up by her web designers. Luckily she had a list and I was able to set up a short campaign for her and after we set it up sales rose from 35 to 144 in a matter of days.

Outsource your tech – but only if….

It’s a world where knowledge is power and also where small tweaks can make a difference.

Now maybe you have outsourced your tech to someone who says they can handle all that stuff for you.

And that’s all well and good but when something goes wrong can you log in to your email service and check what’s happened or be sure that the hashtags being used on Instagram are the right ones.

If you aren’t emancipated in the digital space how do you know that the strategy you have been advised to follow is the right one for you and your business?

When I was a kid when you got “old” which could occur any time from your 30s upwards women adopted a certain uniform, a little handbag, low high heels and one of those short curly perms.

Although the media can still portray anyone post menopause with this stereotype the reality is that mid-lifers have come out of the closet as being empowered as a group who aren’t going to give up:

What’s more, they are embracing newfound freedoms, starting their own business and exploring creative avenues that have may have been on the back-burner for decades.

For goodness sake – even grey hair is cool.

So how does it feel when you have to fess up to not knowing about technology and social media.

It’s like being disenfranchised- being unable to read and write.

It can feel like there’s a lot to learn but really if you view it all as a mountain it does feel overwhelming.

But think when you learned to read you didn’t start with War and Peace or Ulysses or Shakespeare. 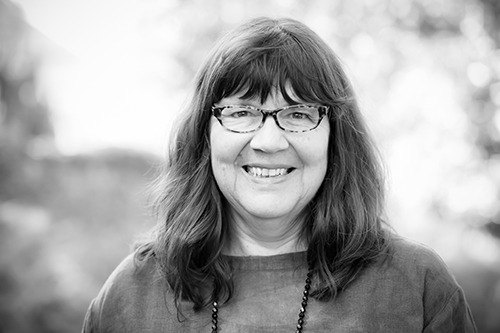